Amy and Tim got married

I've known Amy for just over 30 years; we built a firm friendship during nursery school thanks to a mutual love of eating play dough. Our friendship continued throughout primary and secondary school (even after Amy broke a school window with my head when we were 9 years old). We would always partner up at our tap and jazz class on a Wednesday evening and also at our Saturday morning drama class. It's safe to say that we were as thick as thieves and always getting up to some sort of mischief.

It goes without saying that I was over the moon when Amy asked me to photograph her wedding and as we discussed her plans and she filled me in on all the details, I knew it was going to be a really special day.

On the morning of the wedding, I arrived at Amy's Bristol home in the middle of torrential rain and a thunder and lightening storm (that wasn't the weather I ordered from Mother Nature). I kept my fingers crossed that it would have stopped by the time we were ready to leave for the registry office.

Amy was remarkably calm when I arrived as were her bridesmaids, Gemma, Michelle and Jen. We've all been friends since school and it was lovely to be able to spend time with them on such a special occasion. 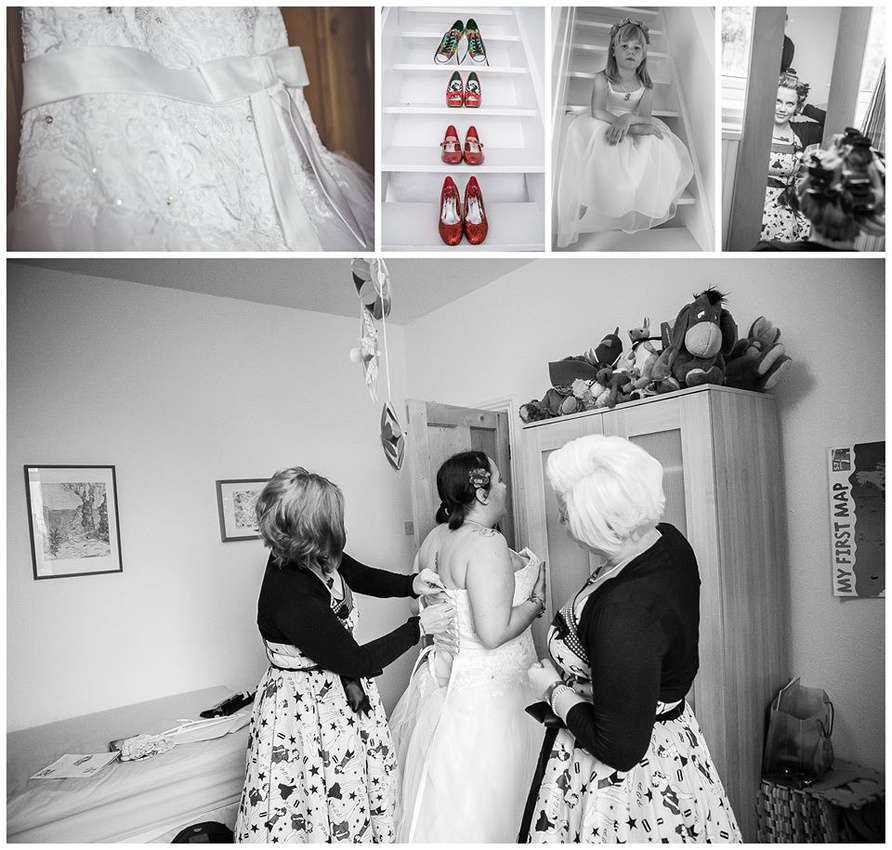 Once the girls had put on their 50s style bridesmaid dresses, they helped Amy into her beautiful dress. This is one of my favourite moments of the day and it's normally at this point that it all becomes very real for the bride.

I headed off the registry office ahead of the bridal party and thankfully it had stopped raining by the time I arrived.
I love Bristol Registry Office, it used to be the town hall and has retained all the beautiful original features inside. The ceiling of the Lantern Room is just exquisite and I was very glad that Tim and Amy had chosen it for their ceremony.

This was the first time that I'd met Tim and like his bride-to-be, he was also very calm and relaxed.

The bridesmaids led the way into the ceremony followed by Tim and Amy's daughters, Seren and Ava, who did a great job as flower girls. Tim and Amy wrote their own vows to say during the exchanging of rings and at this point, I knew that they were clearly destined to be together! They both made reference to various 80s films and TV shows; they both started by stating their names followed by 'by the power of Greyskull' and Amy declared that Tim was the Corey to her Topanga, a wonderful reference to the show Boy Meets World which was a firm favourite of ours.

Amy's elder sister, Louise, did a beautiful reading as did Seren who recited 'I want to be your personal penguin'.

Before heading off to the reception, there was just time for a few photos on the registry office steps and a few of Tim and Amy in their wedding car, which in this case was a fabulous VW camper van! 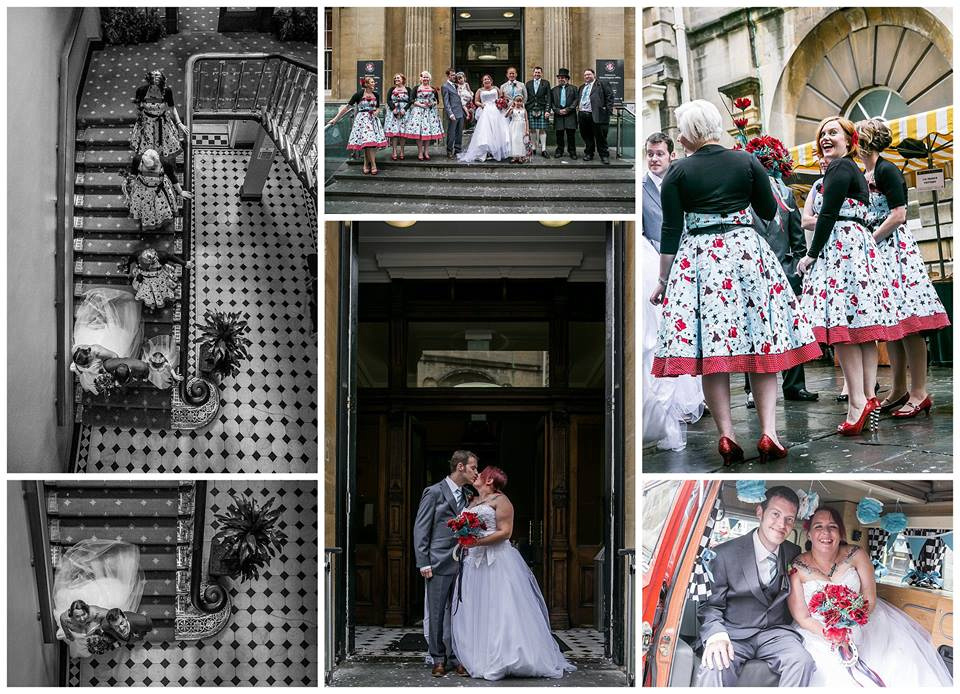 The reception venue was the utterly delightful village hall at Westbury on Trym which really is the most gorgeous building and had been so beautifully decorated. 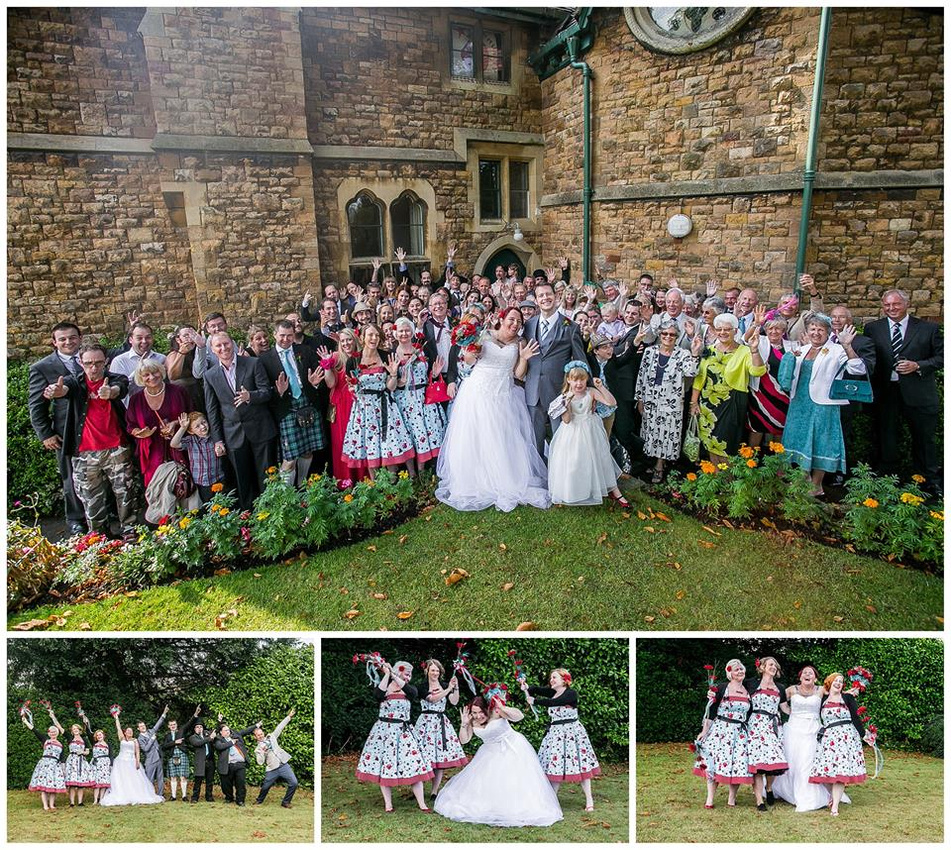 After some fun and quirky group shots, it was time for the wedding breakfast followed by the speeches. Amy's dad, Brian, had some wonderful tales to tell which were enhanced by a variety of photos, some of which also brought back very happy memories for me.
The speeches were rounded off by bridesmaid Michelle who reduced just about everyone to tears. 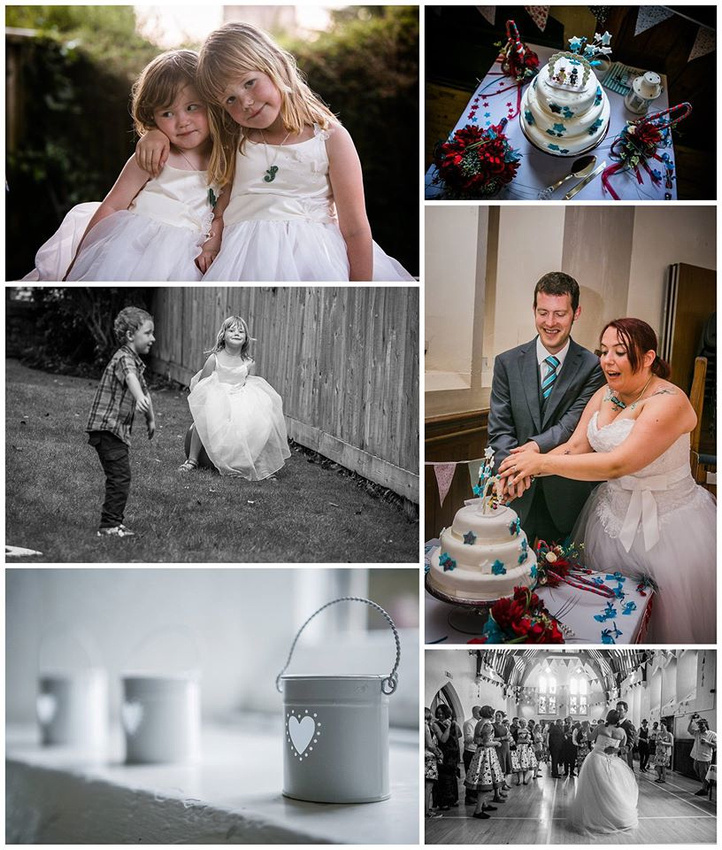 After the cake cutting and first dance, I took Tim and Amy outside for a few final photos in the soft evening light which is my favourite time to shoot. The warm, inviting lights in the village hall made such a pretty backdrop for them.

I wish Tim, Amy, Seren and Ava all the love and happiness for the future and I'll always look back on their day with very fond memories.

Kerry(non-registered)
What a gorgeous wedding!! I loved reading your words as much as I enjoyed looking at the photos. You can definitely see the love the B&G have for each other
Samantha Jayne Sadler(non-registered)
Beautiful Beautiful work as always Sian!!! Simply stunning photography that any client would be over the moon with!
No comments posted.
Loading...
Subscribe
RSS
Recent Posts
Craftsman qualification Choosing a newborn photographer Qualified newborn photographer Pete and Jayne at Pencoed House Karen and Ieuan Chris and Anwen got married Is your baby in safe hands? Autism Heroes Awards Lauren and Dave are having a baby. Choosing a newborn photographer
Keywords
South Wales photography wedding Vale Glamorgan of photographer newborn photographer Cardiff
Archive
January February March April May June July August September October November December
© Sian Lewis Photo. All content is protected under copyright law and may not be copied or reproduced.
User Agreement
Cancel
Continue